MarketScout ‘picks up slack’ as US insurers curb wildfire cover

US Property and Casualty Rates Ebb and Flow 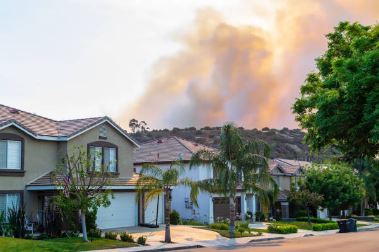 As homeowner insurers curb services in wildfire and hurricane prone areas of the US, Texas-based, Lloyd’s coverholder and MGA for US insurers MarketScout said its recently launched WildCat Brush and CatRisk Wind services would “pick up the slack”.

It said its brush and wind facilities are structured to assist agents seeking to replace non-renewed accounts. MarketScout’s CatRisk underwriting facility is designed for “wind exposed homeowners” in Florida and the Eastern Seaboard. While the WildCat facility uses “unique big data sets” to aid risk selection, and focuses on insuring brush-exposed properties in California and other Western states.

“We expected an admitted market capacity crunch would eventually arise in both Florida and California,” said Richard Kerr, CEO of MarketScout. “Three years ago we began building our capacity and employing top-notch high net worth underwriters and managing executives. We are fully staffed with experienced underwriters and ample capacity. We stand ready to offer terms for brush in California and wind in Florida.”

Kerr’s comments come as the California Department of Insurance reported that wildfire losses from the November 2018 blazes had topped $12 billion, making them the costliest in the state’s history”.